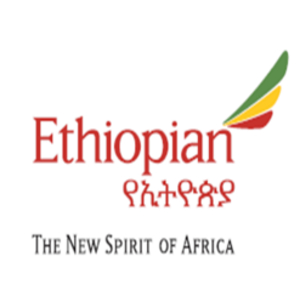 Ethiopian Airlines, one of the fastest growing airlines in Africa, made its maiden flight to Cairo in 1946. With the recent addition of flight services to Pointe Noire, Ethiopian provides dependable services to 37 cities in Africa and a total of 58 international destinations spanning throughout four continents.

Ethiopian has been growing on average between 20 and 25% per annum compounded and today the airline managed to double the size from what it was five years ago.

Ethiopian’s well appointed and certified Aviation Academy and maintenance facilities offer diversified services to many interested third parties from various parts of the world in addition to catering for its own requirements. Ethiopian installed a new B737-800NG simulator at its headquarters which has enabled the airline to train not only our own pilots but also pilots from other nations. Ethiopian has recently been appointed as an accredited IATA training centre boasting state of the art maintenance and training facilities used by several of its neighboring African countries.

Recently, Ethiopian received six Q-400 aircraft from Bombardier Company to enhance its domestic services. The new 78 seater aircraft will support the ever increasing tourism market of the country and domestic business travel, which is growing fast along side the economy.

With safety high on its priority, Ethiopian currently has a fleet of 42 aircraft and a firm order for 40 aircraft, including two Q400s, five 777-200LRs to be delivered starting in November 2010, ten 787s slated to begin arriving in July 2011 and twelve A350s set scheduled for delivery in 2017. The new aircraft order will enable ET to operate one of the youngest and greenest fleet in Africa.

In addition to establishing a second hub in West African together with ASKY airlines, Ethiopian continues to enhance its network by means of code share and partnership agreements with several regional and international carriers including Lufthansa, Gulf Air, Air One and Brussels Airlines. With these and other carriers Ethiopian has created a wider and better range of options for its customers to tap into efficient services and extended network worldwide.