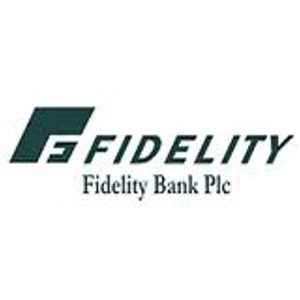 Fidelity Bank Plc began operations in 1988, as Fidelity Union Merchant Bank Limited. In 1999, it converted to commercial banking and changed its name to Fidelity Bank Plc (“the Bank”). It subsequently became a universal bank in February 2001, with a license to offer the entire gamut of commercial, consumer and corporate/investment banking services.

The current enlarged Fidelity Bank is the result of the merger with the former FSB International Bank Plc and Manny Bank Plc (under the Fidelity brand name) in December 2005. Fidelity Bank is today ranked amongst the top 10 in the Nigerian banking industry, with presence in all the 36 States as well as major cities and commercial centres of Nigeria. Fidelity continues to rank among Nigeria’s most capitalized banks, with tier-one capital of nearly USD1billion (One Billion US Dollars).

Over the years, the Bank has earned a reputation for integrity and professionalism. It is also respected for the quality and stability for its management. Fidelity staff are well regarded in the Nigerian banking industry for the quality of training they receive on the job, as well as in good business schools both in Nigeria and overseas. The Bank’s Management is particular about the quality of people that join the system. To qualify as a member of Team Fidelity, a candidate is expected to possess three vital statistics, with the acronym TAC: Talent (an innate mental aptitude), Ambition (a desire to succeed), and Character (a total quality of integrity which will guide the talent and ambition to productive ends). In return, Fidelity Bank ensures that staff members enjoy considerable growth opportunities, recognition and benefits. It is about the only bank in Nigeria that runs an annual country-wide sporting fiesta (the Fidelity Games) for its staff.

Fidelity is also respected for its investment in the environment where it has championed the beautification of many public places in the various parts of Nigeria as well as its unique CSR model that seeks to involve the entire workforce in service to the communities in which they do business.

It is one Bank that has enjoyed great stability in management. In its almost 23-year history, Fidelity has had only two CEOs. The current CEO is Mr. Reginald Ihejiahi, an M.SC holder in Finance from the London School of Economics and Political Science, University of London. Mr. Ihejiahi is also a Fellow of the Association of Chartered and Certified Accountants, United Kingdom.

Below are the job opportunities available with Fidelity Bank. For more opportunities, search all jobs using the button.