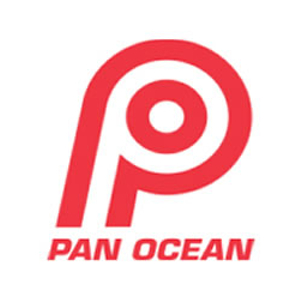 Pan Ocean commenced crude oil production in August 1976 at the Ogharefe field of OML 98 which is situated in the northern fringe of the Niger Delta region of Nigeria. Pan Ocean has been in a Joint Venture with the Nigeria National Petroleum Company (NNPC) in respect of OML 98. As a Joint Venture (JV) partner, the NNPC has 60 percent working interest in OML-98 while Pan Ocean has 40 percent.

Pan Ocean commenced crude oil production at the Ogharefe field (OML 98) with an initial production of about 11,000bpd in 1976. The field penetrates several formations including the Benin, Agbada and Akata formations.

Pan Ocean started production in 1976, with cumulative oil production amounting to about forty five million barrels from the thin reservoir sands associated with the Northern Depositional Belt of the Niger Delta. Over 47 wells have been drilled in OML 98. The company acquired Oil Prospecting License 275 (OPL 275) during the 2008 bid round. OPL 275 was contracted to Pan Ocean under a Production Sharing Contract (PSC) with the NNPC.

The Ovade-Ogharefe gas processing plant is a trail blazing initiative in gas development. Currently, the gas plant is the largest carbon emission reduction project in West Africa. The plant has a production design capacity of 130MM SCF/D (million standard cubic feet per day. The Ovade-Ogharefe Gas Processing Plant is designed to provide for the allocated gas supply of 65mmcf/d to Egbin power station, a subsidiary of the Power Holding Company of Nigeria (PHCN). The plant will further supply LPG (liquefied petroleum gas) to the Nigerian domestic market when fully completed. Pan Ocean signed the Gas Sales Aggregation Agreement with the Federal Government and Egbin power station, subsidiary of PHCN in June 2010.

Pan Ocean’s community relations strategy is hinged on one cardinal principle – to improve the quality of life, and be a medium for development and social change within and beyond its areas of operations.   Over the years, Pan Ocean has made significant progress in contributing to the improvement of the lives of the people who reside in the neighboring communities. Pan Ocean is committed to maintaining a healthy balance between its neighboring communities and operations by treating the communities as an extension of the business. Pan Ocean supports various community groups and funds a multitude of non-profit organizations.

Below are the job opportunities available with Pan Ocean. For more opportunities, search all jobs using the button.