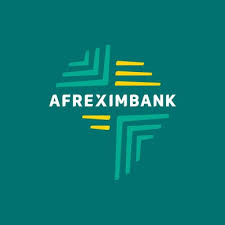 The African Export-Import Bank (Afreximbank), headquartered in Cairo, is a trade finance-focused development bank established in October 1993 as a multilateral trade development institution to finance and promote trade among African countries and between the continent and the rest of the world. Under the terms of its Establishment Charter, and as a supranational institution, the Bank is conferred with special privileges and exemptions in its Member States and enjoys preferred creditor status in its countries of operation.

As a profit-oriented multilateral institution with a mixed public-private shareholder base, it focuses on private and public sector loans, guarantees and advisory services. Its four-tier shareholder base consists of: Class “A”, constituted of African states, African central banks and African public institutions; Class “B”, made up of African financial institutions and African private investors; Class “C”, with shares held by non-African investors, mostly international banks and export credit agencies; and Class “D”, under which shares can be held by any investor.

The Bank has Branch Offices in Abuja, Nigeria; Harare, Zimbabwe; and Abidjan, Cote d’Ivoire, and plans are at an advanced stage to open a Branch Office in East Africa.

Afreximbank offers a range of financing programmes, solutions and advisory services to support the expansion, diversification, promotion and development of intra- and extra-African trade and trade development projects. These cover:

Afreximbank, whose staff members are drawn from across Africa and beyond, offers a challenging and dynamic work environment, an internationally competitive tax-free salary and benefits package,

The Authorised Capital is US$ 5 billion. Since 1994, Afreximbank has approved more than $67 billion in credit facilities for African businesses, including $7.2 billion in 2018. Afreximbank had total assets of $11.9 billion as at 31 December 2017 and is rated BBB+ (GCR), Baa1 (Moody’s), and BBB- (Fitch). For more information, visit: www.afreximbank.com.

Below are the job opportunities available with Afreximbank. For more opportunities, search all jobs using the button.